This is the sixth of our My First Job blog series, where we ask Sirenumates, partners, and customers to reminisce about their first paying job. For more information, see our introduction to the series here. 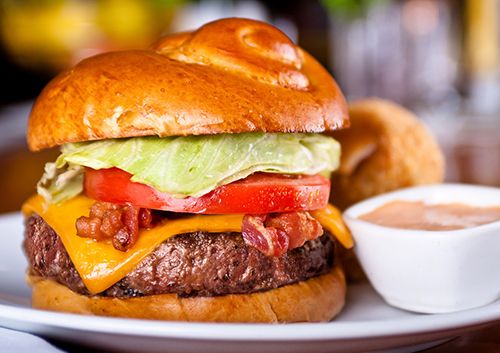 My first job was as a bartender in an upscale burger restaurant in central London. The owners had a vision–a simplified menu that focused on a high-end burger costing upwards of £35 despite coming with nothing more than a side of lettuce.

The kitchen staff consisted of former chefs from Michelin-starred restaurants paid exorbitant fees to flip ultimately underwhelming burger patties. The waiting floor was served by only one waitress, a sweet young woman from Uzbekistan. She could have easily handled 30 tables filled with customers who expected a quick snack before a night out but ended up waiting up to 40 minutes for a beautiful looking but overpriced and bland burger. Naturally, those customers were not the most polite.

This was my first real job–I had applied for it, attended an interview and somehow managed to convince the owners that although I had no experience, I would make sure they had the best bartender in town. Quickly, I was making a small fortune in wages. I worked an average of 80 hours per week, and although this was just a temporary job, I ended up staying until the restaurant closed its doors to the public permanently–which was just five months after I joined.

Often, the bulk of the restaurant was filled by “influencers,” those journalists and even YouTube bloggers invited to dine for free in exchange for a positive review. It was key to the owners’ plan. It was also a bit of desperation. They even tried to give free drinks to strangers walking by so they would come inside a

nd take pictures for social media. Now, given that the restaurant closed five months after opening due to bankruptcy I suppose that the high-end burger venture was not really well accepted by influencers or those strangers. After all, who would want to spend £30 on a dry chicken burger on their lunch break?

Things started to fall apart after a few months. After the manager decided to quit, I was next in line to get that role. I found myself doing all sorts of tasks, from scheduling the waiters and the kitchen staff, to managing and calculating petty cash, to running reports on shifts and orders to suppliers, to even designing the menu and logos! Unfortunately a month later we had to close and all that was left to do was sell £60k worth of equipment to one lucky guy for just £5k.

So that was my first job. I cannot even begin to quantify how much experience and knowledge I gained from this experience. Most of the time I didn’t know what to do, since I had to quickly change roles due to the lack of staff, co-workers calling in sick, and a complete lack of training or real oversight and management. However it taught me how to talk to customers, gave me self-confidence, and affirmed the key takeaways from my university taught me about managing a business–that people are at the heart of a business, but also poor market-product fit can quickly lead to bankruptcy!

About the Author: James Ridge

With a background in business management and entrepreneurship, James Ridge brings a hunger for knowledge and a willingness to speak up. As part of the IT Implementation Team at Sirenum, he ensures that client needs are understood and that Sirenum usage is optimised. A Bulgarian native, James has a degree from the University of Greenwich in business management.