My First Job(s): Getting Inspired to Fight for a Better Future

My First Job(s): Getting Inspired to Fight for a Better Future

Welcome back to the My First Job blog series, where we ask Sirenumites, partners, customers, and friends to reminisce about their first paying job. For more information, see our introduction to the series here.

When I was young, my family lived in a small village outside of Zaragoza, Spain. After the Spanish Civil War, my family made our living working in the agricultural sector. In the early 1960’s, my sisters and I decided to move to the city to forge a different future.

Following my willingness to study, I enrolled in a Catholic secondary school for my baccalaureate (roughly equivalent to A-levels in the UK), and didn’t hesitate to look for a job to earn some money in my spare time.

Very quickly I found a job in a big, cold warehouse, where I was part of an assembly line. At that time, all Spanish companies were expected to offer their workers a complimentary box with Christmas food and drinks for the Christmas holidays. My company’s was responsible for putting together goodie boxes and delivering them to other businesses that would buy them from us.

After only a few days I realised that higher responsibility positions were filled by only men, while young women would do all the physical work. It was only men who had a real contract, while we would be paid cash in hand. 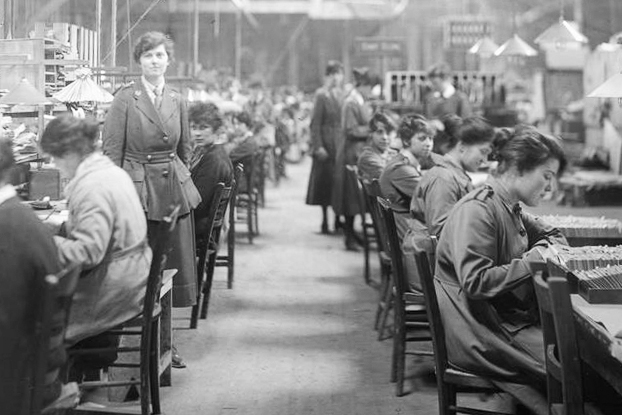 After the Christmas season, I had to find another job, but I couldn’t forget the inequalities I had perceived in the warehouse. Unfortunately, what I found was no better. My next job was situated in a dark, damp basement, where young women would glue soles on shoes. With no ventilation, the glue smell would get to our heads making us feel dizzy. On top of that, our boss treated us unfairly and violently–this was no place for any human being!

I tried to convince my co-workers to stand up for our rights, but everyone was too afraid to lose their jobs. I did my best to improve our conditions, but after not seeing any improvements, I decided to quit.

After these experiences, I finished my baccalaureate and joined a company where I worked for 45 years until I recently retired. One of the most valuable things I learned from my first jobs was to stand up for my rights and the rights of those who can’t speak for themselves. I became a braver, stronger woman; I joined unions and fought for women’s rights. And more importantly, as I gained responsibility in my roles, I never forgot to treat everyone with respect, regardless of how much they were earning or how simple or complex their work was.

–A story by our friend María José

About the Author: Sirenum Guest

From time to time, we invite guests to our blog to share their knowledge and experience with all of us. If you want to collaborate on our blog, contact us today.