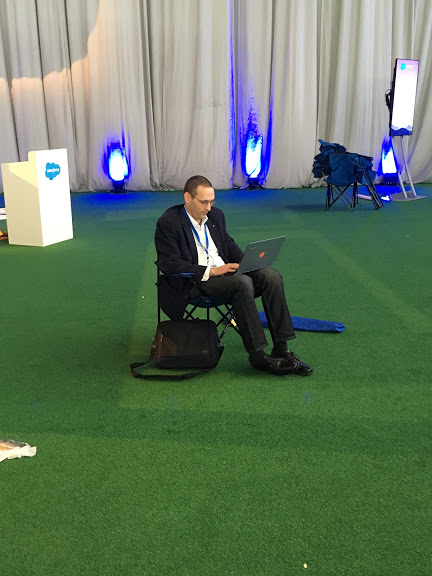 What inspired you to start Sirenum?

In the second half of the last decade, I had taken over the management of my wife’s temp agency when she was on maternity leave. She had founded it and grown it into a nice, little business. But early on, I found so many things about the process that were inefficient. Most of them were just accepted as standard procedure in the temp industry. I figured there had to be some technology out there to help. So I hired a former roommate from university who was better with technology than I and asked him to hunt down what should be helpful. To our surprise, he didn’t find anything fit for purpose. The technology we found was aimed at long-term and permanent placement. And the tools that were designed for scheduling hourly workers could not even come close to addressing the complexity that a temp agency presented. So we decided to build something on our own. It transformed our business, enabling us to win bids we had no business winning–like the 2012 Olympic Games! And we didn’t just win those bids, we outperformed industry standards. So after a little over a year of this kind of success, we set up Sirenum to build and sell a new product based on these principles.

What’s your greatest weakness as a leader?

I’m dyslexic. Particularly with numbers. So that means in order for me to communicate well, I need to spend more time on proofreading than the typical CEO. It can sometimes make a simple task take 2-3 times longer. But it really makes me appreciate the concept of communication. And it makes me more diligent in my planning.

What do you love about being an entrepreneur?

Obviously there are lots of pros and cons about being an entrepreneur. I love the passion, the intensity, the flexibility. But most significantly, I love the ability to positively influence people’s lives. What’s so cool about Sirenum is that we can do it by either our products or our team’s culture. What I mean is that our employees’ lives can be positively impacted by the work I and my team do…but we can also have an impact on the users of our product, their clients, and their employees! When I worked in staffing, I was most excited by the ability to positively impact our staff. One thing we loved doing was bringing workers from the field into our offices. To see someone move up the chain from a cleaner to an office-based supervisor was very rewarding.

How do you spend your free time?

In my younger days, I was an avid traveler with my bicycle. I cycled across Latin America. I cycled across Continental Europe. I would often go 100km in a day. I learned so much about myself, about the lands I was riding through, and about the people I met when traveling this way. Sometimes I was strict about my schedule, rarely leaving my bike all day long. And sometimes I was more relaxed, taking the time to walk through villages, or even bringing my bike onto some other form of transit to meet a different group of people. I rarely get on my bike today–riding in London can be hazardous!–but I use something I learned from those trips every day.

You’ve written previously about your first job, but tell us about another job you’ve had that’s influenced your career and Sirenum.

Well, obviously, my time as MD of ProActive plays a big part. But probably, one of the biggest influences on my life was when I was at MediaCentral, a media and public relations agency in Israel. My manager at the time, Aryeh Green, served as a tremendous role model and mentor. I still lean on many of the things he taught me, not necessarily about media relations, but management and leadership in general.

Josh Pines leads corporate development and marketing at Sirenum. He has nearly 20 years experience in enterprise software and management consulting.