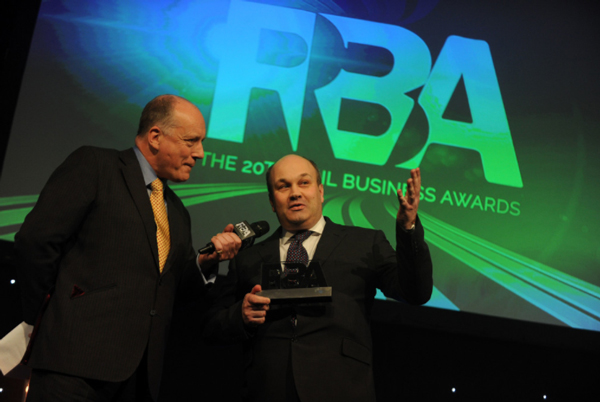 The Rail Business Awards are designed to “recognise business, customer service and technical excellence, as well as individual achievements, providing a valuable opportunity to pay tribute to all the hard work that goes on across the UK rail sector, day in, day out.”

Last year, GWR was named a finalist for Technology Innovation, recognising the implementation of Sirenum to manage rosters with integrated fatigue management.

This year GWR was named Rail Business of the Year for having shown an ‘incredible versatility and resilience through a very difficult period’, despite the disruption caused by electrification and upgrading works. GWR has also won the Rolling Stock Excellence and Safety & Security Excellence categories.

“We’re very proud of our partnership with GWR, starting with Ajmal Akram from Old Oak Common believing in us back in 2014, and now continuing all the way up to First Group headquarters,” said Sirenum Founder and CEO Benjamin Rubin, who developed Sirenum after nearly a decade in the transportation staffing industry. “We have learned so much from Ajmal and the rest of the team at GWR and First Group over the past three-plus years, and our whole client base benefits from the advancements in our product that are the fruits of our longtime relationship.”

Core to the solution at GWR, Sirenum Compliance helps organisations looking to ensure a robust health and safety programme while streamlining operations, especially in highly regulated industries like transportation.

Sirenum is proud to service The First Group with Workforce Management across its organisation, including GWR and First Bus.

To learn more about Sirenum’s solutions for the transport industry, visit sirenum.com/transport.

Josh Pines leads corporate development and marketing at Sirenum. He has nearly 20 years experience in enterprise software and management consulting.