Usually, first half reviews are published in the first week of July so forgive us for getting this post up a bit later than originally hoped, but frankly, we’ve been swamped!

Many software entrepreneurs are into mountaineering and it’s no wonder, building a software business is a lot like climbing a mountain: it’s difficult, requires teamwork, the summit is not always where it appears to be, and you’re always looking for the next summit.

We started the year here at Sirenum with some big mountains in mind, and looking back to our annual kickoff in January, we can already say: What a year 2018 is!

In only six months, we have added six new Sirenumites to the team, expanding the services, development and commercial teams, in a continued commitment to improving the services and products that we offer to our clients. As we had hoped and planned, Sirenum is quickly becoming the workforce management solution of choice for the largest agencies in the world, chosen by the biggest and most complex employers for our product’s flexibility and industrial strength. 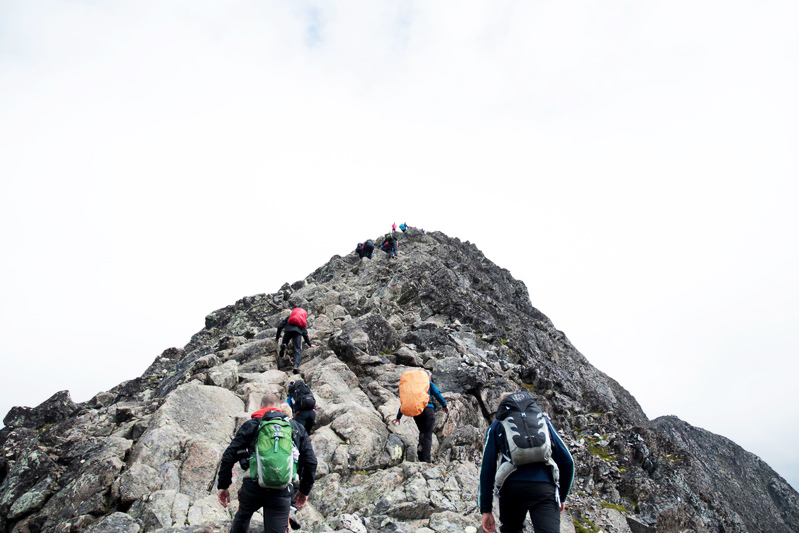 Our product market leadership continues as we released a major product update with a new user interface and we have also delivered numerous new versions in the past six months. Sirenum also launched Sirenum Clock, driving innovation in the world of BYOD time and attendance capture. Also on the product front, even we have been surprised by the astonishing success of tools like F3 by Sirenum, driving down the time-to-fill to an almost unimaginable eight seconds.

In the spring, Sirenum stepped up to the big leagues by joining Staffing Industry Analysts (SIA) as a corporate member. That was followed by our sponsorship of their “Collaboration in the Gig Economy” event, where we proudly earned the audience and dragons’ vote to win the Dragons’ Den competition.

Onto the corporate development front, in May we completed our first year as a member of the Mayor’s International Business Programme, alongside dozens of other leading London-based scale ups. We’ve also established and deepened partnerships with key players like Twilio, TextLocal, and 1218.

Finally, Sirenum just recently gained G-Cloud 10 certification, further demonstrating our commitment to the public sector and those business that service it.

All in all, we want to thank our team, clients, and partners for our continued growth and the amazing progress towards the next summit. We look forward to an even more exciting second half of the year! Keep climbing!